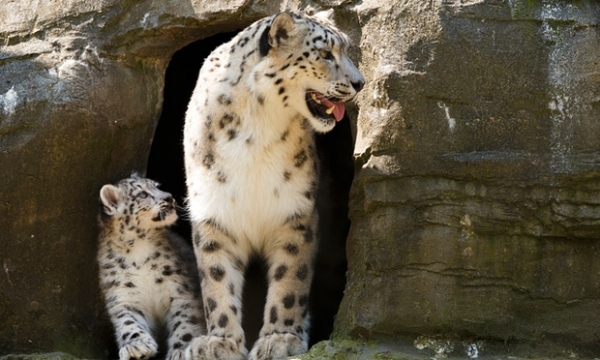 More than a third of the snow leopard’s mountain habitat could become uninhabitable for the endangered big cat because of climate change, conservationists have warned.

Warming temperatures could cause the tree line to shift up the mountains and cause farmers to plant crops and graze livestock at higher altitudes, squeezing the snow leopards into smaller ranges where they are more likely to come into conflict with humans.

Conflict with communities in the high mountains of central Asia, who see the leopards as a threat to livestock and human lives, along with poaching, habitat loss and a reduction in numbers of prey have seen numbers of the “ghost of the mountains” fall 20% in 16 years.

In a report released on International Snow Leopard Day, conservation charity WWF warned that with numbers as low as 4,000, snow leopards would face increasing pressure from climate change, which could reduce them to unsustainable numbers in many populations.

The impacts of climate change would not only be felt by wildlife in the region, WWF warned. About 330 million people live within 10km (six miles) of rivers that start in snow leopard territory, and directly depend on those rivers for their water supplies.

Increasing temperatures could drastically alter the flow of water down from the mountains and threaten the livelihoods of people across the continent, according to the report, published ahead of crucial UN talks on a new global climate deal in Paris.

To raise awareness of snow leopards, WWF has released rare, never-seen-before, camera trap footage of the cats in Nepal and Mongolia.

Rebecca May, WWF-UK’s snow leopard programme lead, said: “The Himalayas region will face a major crisis if we choose to ignore climate change.

“Not only do we risk losing majestic species such as the snow leopard, but hundreds of millions of people who rely on water flowing from these mountains may be affected.

“To avoid these potentially devastating impacts, WWF is campaigning for a strong and effective deal at the UN climate change conference in Paris in December.”

“It will be difficult to achieve but the momentum and political will exists: governments must now translate this into action by swiftly scaling up their efforts to save the ghost of the mountains.”