Mountain.Faces: The IMS Photo Contest 2015 by DJI unites photographers from all over the world 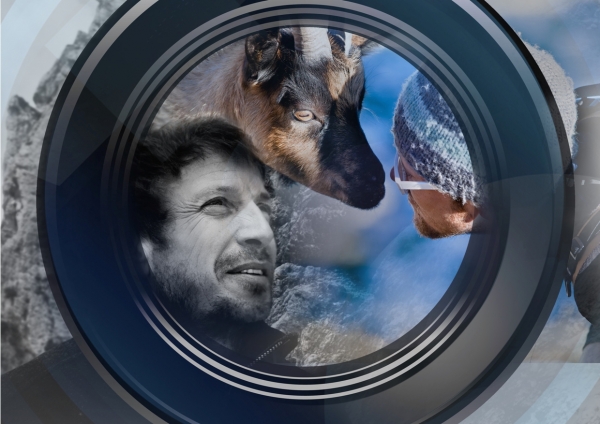 Almost 2600 photographers from 100 countries submitted their best shot during last year’s competition in order to win the renowned KIKU Photo Award. Once again, for the fifth time since its initiation, the Kiku. International Mountain Summit's own Photo Contest is underway. The organizers can rightfully claim that this contest is one of the largest – if not the largest – photo contest in the world entirely dedicated to mountain photography.

The IMS Photo Contest 2015 under the motto “Mountain.Faces” aims to get pictures that represent individual perspectives of the mountain with all its facets as well as photos of those who have conquered it or of its inhabitants.

Mountain.Faces: Mountain massives, steep rock faces and unique rock formations reveal impressive stories about themselves, about climbers that scale rock faces and about mountaineers who expose themselves to extreme hazards. In the mountains one sees the faces of people who live among rocks and fight against natural forces. One may also come across some animals that have adapted perfectly to almost unreal circumstances in the mountains. It's not only about the faces of climbers, mountaineers or mountain people which depict the  innate difficulties of the mountain and the hardships one must face in the quest to conquer a peak, but also about the tears of joy and the pain-distorted mouth corners once that goal has been achieved.

Show us with your photo the multitude of mountain faces, regardless of whether they are shaped by rock, flesh and blood or animal hides. In the end, what counts is the uniqueness of the moment immortalized for eternity in the photo.

The participants are competing to win the "KIKU Photo Award" with a prize amount totaling 6600 Euro.

In cooperation with the world-wide drone producer DJI, a new category has opened up, dedicated entirely to drone photography. Photos that have been taken with the aid of a drone can be submitted. The “DJI Aerial Photo Award” prize to be awarded will be one of their latest generation drones.

A very special award is awaiting some photographers. Their photo could become part of the photo book “Atem der Berge”, which will be presented by Kiku. International Mountain Summit, in cooperation with the renowned editor Bruckmann Verlag, at the Frankfurt Book Fair in October.