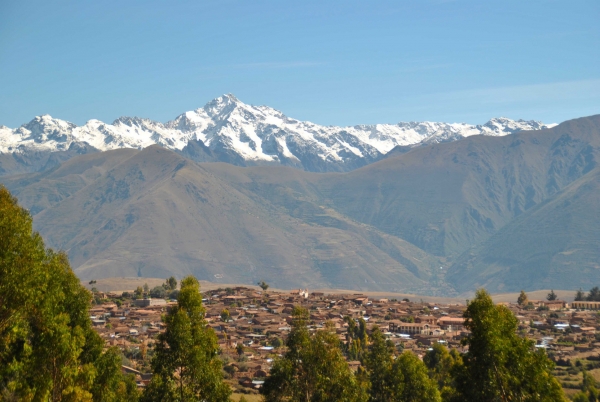 Trying to move a mountain used to be an expression for doing the near impossible yet now it is done frequently, almost every month recently. Luckily mountains are moving in more ways than one…

Physically mountains are being made to disappear, or having their tops taken off as we saw in Chile in June when a 3,000 meter mountain was blastedto create a plateau for the European Extremely Large Telescope project. –without mention of  what the environmental impact assessment stated.Likewise mountains are disappearing regularly in China asThe Huffington Postreportedafter an article in Nature doubted the wisdom of destroying 700 mountains for urban development. How this will affect hydrology in China, or the impacts on world weather remains unknown.

We don’t have a track record for allowing nature and animals to co-existwith us unless we get something useful from them – a big reward.   Good news for mountains is that they giveextremely valuable resources.  Mountains are called the ‘water towers’ of the world for playing a decisive role in the availability of fresh water on earth.  In humid areas mountains contribute 60% of the total runoff in watersheds, and in arid zones this rises to 95%, as stated by the FAO.  Currently over a billion people depend on the runoff from mountains to live. Mountains are also treasure chests of bio-diversity, shelteringalmost a third of the plant species on earth as well as playing a key role in global forestry.

Hence, the other way mountains are moving is politically, via global mountain policy withorganizations and government bodies who recognize their value and are working to sustain mountains.A recent step in this movement was theWorld Mountain Forum in Peru.  This high level conference was hosted by the government of Peru and co-organized by UN Environmental Programme, the UN Educational, Scientific and Cultural Organization, and the UN Food and Agricultural Organization. Most of the key partners are members of the Mountain Partnership which is a global association.   The outcomes of this conference will feed into COP20 and COP21 as well as the UN Framework Convention on Climate Change,2014.  The four key themes of the conference were climate change; family farming; mountain communities (including indigenous knowledge), and mountain cities (including mining); water was a thematic linkage.

One of the main thrusts wasraising the profile of mountains and working together.  Where does Canada fit in, you might wonder? We are a missing link that is not joined up.  There was no one representing any mountain in Canada.  Why is this crucial for us? Considerjust one example – the Canadian Northern Boreal Mountains are increasingly threatened by development, and according to Wildlife Conservation Society Canada’s boreal forest stores about 186 billon tons of carbon in its ecosystems “roughly the equivalent of 27 years’ worth of the world’s carbon emissions”.

Canada doesn’t lack great mountain NGOs.Yellowstone to Yukon Conservation Initiative, Y2Y, is a good example of shared mountain issues rising above national boundaries and differences.  Y2Y projects and their innovative approaches to partnering with mining companies could have made a useful contribution at the forum.

When it comes to the destruction of nature, we all know Canada does its share.  The real question is when will Canada becomes an active player, working with those who are moving mountains in the original sense – tackling a huge challenge, trying to preserve mountains and their benefits for the future of humanity.

Isn’t it time we joined in?