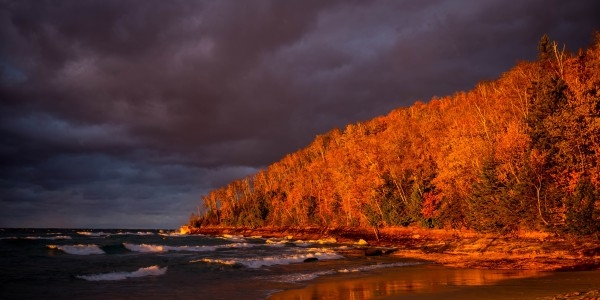 “Any truly sustainable development must address the scourge of climate change,” UN DESA’s Under-Secretary-General Mr. Wu Hongbo said just weeks before the UN Climate Change Conference (COP21) opened in Paris on 30 November. The relationship between climate change and development are clear, with climate change aggravating already existing threats to people and the planet. This is also why so many of the newly adopted Sustainable Development Goals (SDGs) have targets linked to climate.

As COP21 kicked off, the impact of climate on various aspects of the development agenda – from economic growth to poverty and hunger eradication, and from health care to responsible consumption and production – becomes apparent.

The Paris Climate Conference, officially known as the 21st Conference of the Parties (COP21) to the United Nations Framework Convention on Climate Change (UNFCCC), convenes until 11 December to take decisions that further the implementation of the Convention and to combat climate change. The Conference also serves as the 11th Meeting of the Parties to the Kyoto Protocol.

For the first time in over 20 years of UN negotiations, the conference aims to achieve a legally binding and universal agreement on climate. The goal is to keep global warming below 2°C.

Climate change on top of the global agenda

Climate change has risen to the top of the global agenda, with cities, countries, the private sector, civil society, faith leaders and individual citizens taking action.

“From every walk of life, and every corner of the globe, we see people taking action to reduce harmful greenhouse gas emissions and build a climate resilient future,” Secretary-General Ban Ki-moon said. “Climate change carries no passport and knows no national borders.”

As climate change is a problem that does not respect borders, our ability to limit it to relatively safe levels will be diminished.

“Climate change is having an increasingly significant impact on the world around us. Weather-related disasters are becoming more frequent and intense, sea levels continue to rise, and the poorest and most vulnerable people often bear a disproportionate burden of the consequence,” emphasized Mr. Wu.

Even though climate change is often portrayed as an environmental problem, it is also an economic and political issue. In the newly adopted 2030 Agenda for Sustainable Development, Member States express their commitment to protect the planet from degradation and to take urgent action on climate change.

This pledge is also visible in the new Sustainable Development Goals (SDGs), with climate-related targets included in many of the new goals. Climate change not only makes existing problems much worse, it also hinders the improvement of global issues. The new agenda also identifies climate change as “one of the greatest challenges of our time” and expresses concerns about how “its adverse impacts undermine the ability of all countries to achieve sustainable development.”

Twelve of the seventeen SDGs underline the importance of our climate and the need to prevent further climate change.

There are SDGs which take specific aim at our climate: Climate action (SDG 13), affordable and clean energy (SDG 7), life below water (SDG 14) and on land (SDG 15) as well as clean water and sanitation (SDG 6). But in addition to these, the connection to climate is also demonstrated in seven other SDGs: no poverty (SDG 1); zero hunger (SDG 2); good health and well-being (SDG 3); decent work and economic growth (SDG 8); industry, innovation and infrastructure (SDG 9); sustainable cities and communities (SDG 11) and responsible consumption and production (SDG 12).

People living in poverty are often the ones mostly affected by climate change, as they have the least ability to respond to climate change, and often also live in more remote areas and depend directly on natural resources for their livelihood. The agenda aims to “build the resilience of the poor and those in vulnerable situations and reduce their exposure and vulnerability to climate-related extreme events and other economic, social and environmental shocks and disasters.”

In one of its recent fact sheets on Climate change and health, the World Health Organization (WHO) points out that “climate change affects the social and environmental determinants of health – clean air, safe drinking water, sufficient food and secure shelter. Between 2030 and 2050, climate change is expected to cause approximately 250 000 additional deaths per year, from malnutrition, malaria, diarrhoea and heat stress.”

Climate change issues are of fundamental importance to all of us. An agreement at the COP21 in Paris will not be the end point, but it is a turning point in how all countries act together under an agreed and transparent framework.