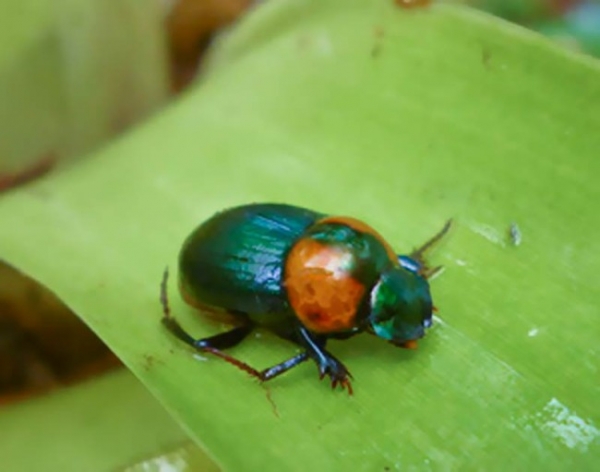 It’s shiny, blue-green, oval-shaped and has a fondness for human excrement, among other less-than-appetizing meals. But it’s about to be something of a star in the entomology world.

The discovery, announced this week by the Humboldt Institute, took place in Colombia’s high-Andean páramo of Bijagual, in the department of Boyacá. It thrives there at more than 3,000 meters above sea level in a variety of unique native plant species, where it apparently eats decaying — or digested — plant and animal matter. Technically, it’s a dung beetle.

Interestingly, close relatives of the magnus use the stars and the Milky Way as guides when transporting their meals from one place to another, according to Instituto Humboldt.

More broadly, it is part of the Deltochilini tribe or Scarabaeidae family more commonly known as scarab beetles, with some 330 known species in Central and South America. There are 19 known Scybalocanthon species, all of which were found between Costa Rica and Argentina.

But while magnus is classified as a “large scarab,” it’s not exactly a creepy, crawly monstrosity. Males top out at just over 13 millimeters and females at 11, both of which are slightly larger than average for the genus.