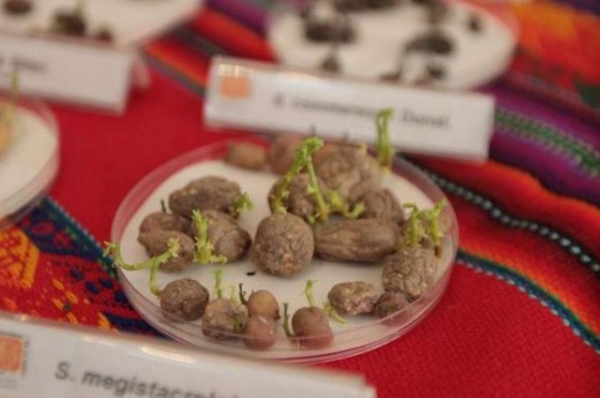 When we finally get people to Mars to live and form a colony, what will they eat? Eventually these pioneers will have to move away from the supplies they take with them from Earth and start to grow their own food in the Red Planet’s soil. In the movie "The Martian," partly famed for its scientific accuracy, Matt Damon’s character turns to the only option he has left: potatoes. But it seems that growing spuds in Martian soil might not be such a bonkers idea, as NASA has announced they’ve partnered with the International Potato Center to see if this is indeed possible.

The project, while having its eyes focused on growing food for extraterrestrial colonies, will also provide valuable data for growing the plants in harsh conditions closer to home. With an estimated 842 million people currently affected by famine – a number that is only expected to grow as climate change becomes more severe – finding novel ways to boost yields and feed an ever-hungry population could be invaluable. “How better to learn about climate change than by growing crops on a planet that died two billion years ago?” said Joel Ranck, head of communications at the International Potato Center (CIP), in astatement.

The experiment will use soil that is deemed almost identical to that found on Mars, taken from the Pampas de La Joya desert in southern Peru. The researchers will then replicate the atmosphere of Mars in the lab, including the 95.32 percent carbon dioxide and 0.13 percent oxygen. Given the importance of carbon dioxide in photosynthesis, it is predicted this massive increase of gas could boost the potato crop by between two to three times the normal yields found on Earth.

It is hoped that the experiments to test the concept of extraterrestrial farming will eventually lead to potatoes being grown in domed plots on the Red Planet itself in the not too distant future. Potatoes are great for providing sufficient nutrients for people who have limited access to food, be that on another planet or in an impoverished state, as they are an excellent source of vitamin C, iron, zinc, and other critical micronutrients.

"The image of students building plant growth payloads and communicating virtually from labs in California, Lima, and Dubai is exciting for the future of planetary exploration and astrobiology.”