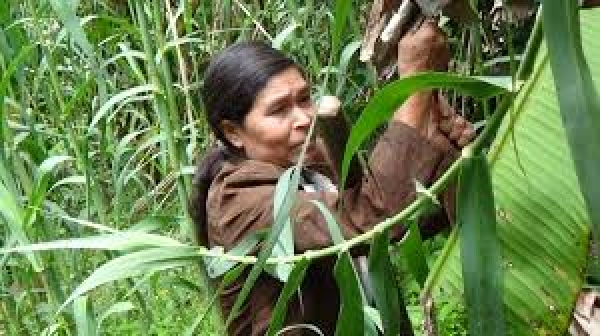 FAO and the European Union back new project aimed at mitigating conflicts.

Colombia will deploy responsible land tenure principles to secure the rights of indigenous communities living in protected natural areas, buoyed by support from the Food and Agriculture Organization of the United Nations and the European Union.

The initiative aims to contribute to biodiversity conservation, the safeguarding of cultural legacies and to help build peace in the wake of a 50-year civil war.

Both institutions will support the government of Colombia in designing strategies to promote the implementation of the Voluntary Guidelines on the Responsible Governance of Tenure of Land, Fisheries and Forests in the Context of National Food Security, a blueprint FAO drafted to help governments protect the rights of people to ownership of or access to their traditional lands, forests and fishing areas.

The three-year, million euro agreement was signed by Ana Paula Zacarías, the EU's ambassador to Colombia, and Rafael Zavala, FAO's Country Representative here, during a visit to the country by Federica Mogherini, the EU's High Representative for Foreign Affairs and Security Policy.

The project also aims to slow deforestation trends, govern land-use changes and help resolve disputes over how land and natural resources are exploited.

It is part of a broader strategy supported by FAO and the EU to flank the Colombian government in its effort to build a lasting and sustainable peace. FAO emphasizes the importance of strengthening rural development efforts to consolidate peace in post post-conflict situations.

"We have a unique opportunity to reverse decades of decline in Colombia's rural economy, to contribute to the economic and social progress of rural areas, and to help families affected by violence," said FAO Director-General José Graziano da Silva. "Better governance in protected areas is directly linked to reducing conflicts and boosting welfare and reconciliation," he added.

The initiative will establish mechanisms to strengthen social dialogues at the local and national level, including conflict-management strategies for land disputes in five critical areas across Colombia's national parks, home to many vulnerable households. At least three land-restitution processes will be conducted, all to the benefit of indigenous communities.

It is aligned with the National Development Plan, whose statutory priority is "Colombia at Peace" and seeks to promote integrated and inclusive measures to heal social gaps and empower the access of all to public goods, social services and information. FAO hopes the project will contribute to creating opportunities for peace and reconciliation among participating households.

The project is one of the first concrete initiatives of FAO's formal partnership with Colombia's Post-Conflict Ministry, announced in January.