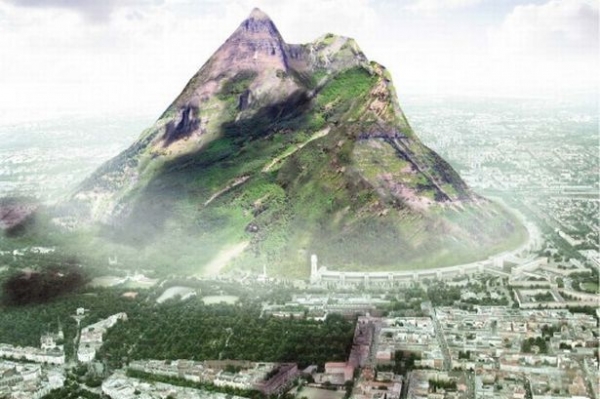 The UAE is looking into building a massive man-made mountain in a bid to encourage more rainfall over the drought stricken country.

Over the last several decades sky-rocketing temperatures have hit the Middle Eastern country, causing rivers to dry, crops to wilt and food prices to soar.

But experts from the US-based University Corporation for Atmospheric Research have been commissioned to study the effects an artificial mountain could have on the weather, namely rainfall.

They say that mountains force air to rise, creating clouds that can be modified - or seeded - to change the amount of rainfall they disperse.

The £275,000 study, lead by National Center for Atmospheric Research scientist Roelof Bruintjes, is only reported to be in the "detailed modelling study" phase of the project.

The location of the mountain is yet to be confirmed.

Bruintjes said: "What we are looking at is basically evaluating the effects on weather through the type of mountain, how high it should be and how the slopes should be.

"We will have a report of the first phase this summer as an initial step."

Although Bruintjes admits building a mountain from scratch could prove to be too costly, he insists that the research could pave the way to solving the UAE's rainfall crisis.

Bruintjes said: "Building a mountain is not a simple thing.

"If [the project] is too expensive for [the government], logically the project won’t go through, but this gives them an idea of what kind of alternatives there are for the long-term future.

"If it goes through, the second phase would be to go to an engineering company and decide whether it is possible or not."

The UAE is one of the hottest and driest countries on the planet, with thermometers peaking as high as 50 degrees in the summer.