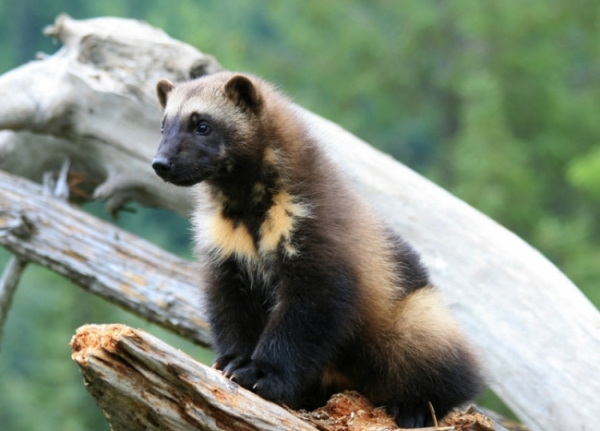 Decades of debate over whether or not to list snow-loving wolverines on the Endangered Species Act (ESA) have finally come to an end. A federal judge recently overruled the government's refusal to list the animals and ordered wildlife officials to take immediate action.

Dependent on a heavy spring snowpack in the Rocky Mountains, wolverines are greatly threatened by a warming planet.

Chief Judge Dana L. Christensen of U.S. District Court for Montana ruled that the Obama administration brushed over the threat that climate change poses when it previously denied protections for the elusive predator

"No greater level of certainty is needed to see the writing on the wall for this snow-dependent species standing squarely in the path of global climate change," Judge Christensen wrote. "It's the undersigned's view that if there is one thing required of the service under the ESA it is to take action at the earliest possible, defensible point in time to protect against the loss of biodiversity within our reach as a nation. For the wolverine, that time is now."

The problem is that the ruling isn't based on science or reason, but rather grim climate change predictions. This decision, therefore, alters the way that the ESA has been interpreted since it became law in 1973.

The wolverine, also known as the "mountain devil," is a reclusive species that dens in the high peaks of the Rockies. In 2014, the U.S. Fish and Wildlife Service decided not to protect wolverines under the ESA, claiming that the effects of climate change on the animals remained ambiguous.

Angered environmental groups such as Defenders of Wildlife, Earthjustice and several others later petitioned the FWS on the basis that wolverines are seldom seen and are therefore endangered - but scarce sightings are not enough to warrant protection under the ESA.

Without the science to backup their argument, environmentalists turned to the courts to finally get protection for wolverines. Based on current global warming rates, expertsestimate that two-thirds of the wolverine's denning habitat will be destroyed by 2085.

However, a listing under the ESA cannot do anything to reverse the effects of climate change. It can only protect the wolverine from hunting, trapping, land development or poisoning.

Once found throughout the Rocky Mountains and in California's Sierra Nevada mountain range, wolverines were brought to the brink of extinction in the 1930s due to unregulated trapping and poisoning campaigns.

While the animals have since recovered in parts of the West, they are no longer found in other areas of their historical range. In fact, only an estimated 300 wolverines are thought to still be alive in remote areas of Montana, Wyoming, Idaho, Oregon and Washington State.

In contrast to the recent ruling, some officials claim that wolverine population increases have been observed in recent decades.