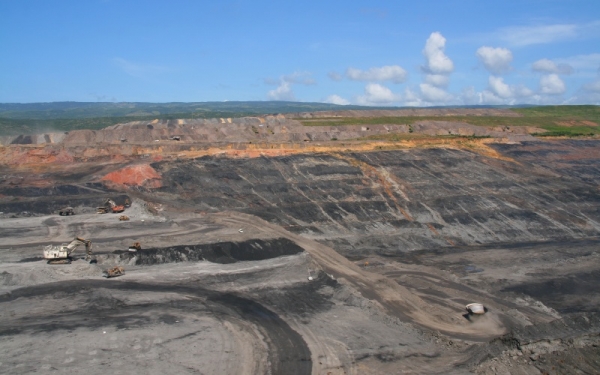 The Colombian Constitutional Court recently banned oil, gas, and mining activities in certain areas of high altitude ecosystems known as paramos.  This decision highlights how judicial activism serves as the pivot of the regulatory framework for the mining industry in Colombia.

In March, the Colombian high court ruled that stipulations of the “National Development Plan 2014-2018” promoted by the government were unconstitutional, as they would allow environmental damages to favour economic exploitation in legally protected paramos.

Following a boom in licenses, the ruling has put a break on mining in the paramos

During the 2000’s, the Colombian government engaged in an aggressive promotion of the mining industry with foreign investors.  By 2001 the government had authorized 20,000 licenses for exploitation or exploratory activities covering over 22 million hectares of the territory. These included about 9,000 licenses in the paramos, indigenous settlements and other environmentally protected areas.

The National Development Plan 2014-2018 intended to maintain licenses conferred before 2010 to regulate only future ventures and mining activities in protected areas.  However, the court’s ruling immediately suspended running mining permits given in the past to national and foreign companies operating in paramos.

The Court’s decision signifies a new episode in the history of disagreements over exploitation of natural resources between the country’s influential environmental stakeholders and the government. The decision also represents a policy setback for the latter on account of the negative implications it will have on the presidential strategy to foster foreign investment in the national mining industry.

Paramos possess major social, economic, and environmental significance in Colombia as they supply water to more than 70% of the population.  Over the years, economic exploitation of such areas has been a controversial issue due to the inherent conflicts of interests, the environmental impact of commercial activity and the presence of a gaggle of different stakeholders, such as illegal agents, indigenous peoples, and local peasants. 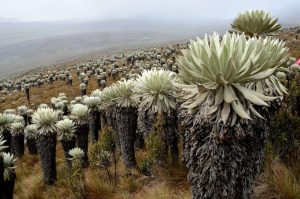 The constitutional court ruling is the last of numerous judicial restrictions imposed on the government’s pro-mining policy over the past years.  In 2014, the court suspended licences to operate on indigenous communities’ territory in northern Colombia, and imposed limits on the American company Drummond to prevent environmental damage in the bay of Santa Marta.

Since its creation in 1991, the court has increasingly regulated aspects in which there is an absence of normativity or lack of political willingness to regulate; such are the cases of gay marriage and gay adoption, social protection for the internally displaced persons (IDP’s), legalization of illegal drugs, and more.

Analysts anticipate costly legal claims against the Colombian government from foreign mining companies affected by the court’s decision. The ruling has been regarded by investors as a source of legal instability and as a violation of free trade agreements signed between Colombia, the United States, Canada and the European Union, amidst ongoing negotiations with other countries in the region and Asia.

In spite of the economic and political liabilities faced by the government in such context, its options to overcome judicial obstacles, all while bending the sector to its will, are debatable.  President Santos’ descending approval rating reached 21% in May, according to Colombian pollster Gallup. The upshot is to render him unlikely to challenge the pressure of environmental stakeholders and public opinion to promote controversial mining activities.

Moreover, the perspective of a forthcoming peace settlement with the left-wing guerrilla FARC has created expectations about the legal system’s capacity to cope with the agreement on private economic activities. Provisions relating to new schemes of land distribution, economic re-engagement of former rebels, and compensation of victims have been thoroughly discussed between the private sector and the government.

In the void of state regulation, protagonist judicial activity steps in

Governmental officials, analysts and civil society organizations already consider illegal mining as a major source of dispute in a post-conflict situation. The Colombian governmental office for the planning of mining and energy policies, UPME, reported that the destination of about 75% of the gold production in the country is uncertain to date. UPME also attributes the expansion of illegal mining to the deficiency in regulatory and supervisory control by the State, and highlights that the mining industry has increased its participation in the exports sector from 10.1% in 2000 to 21.1% in 2011.

Additionally, the signing of a peace settlement and the subsequent post-conflict stage will likely promote social demands related to environmental and communal interests that the judicial institutions will certainly need to address in opposition to private economic interests.  In such a context, the participation of the judicial power in the regulatory framework of mining activities seems likely to become increasingly protagonist.