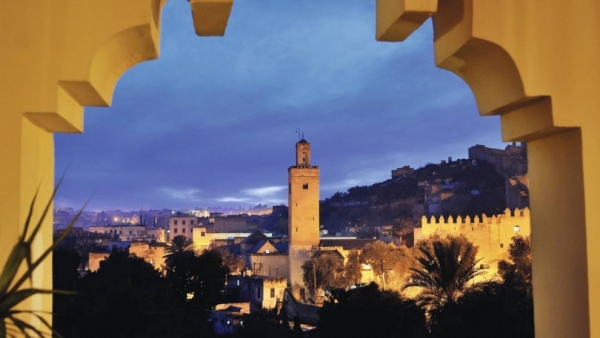 Did you know that this year’s UN climate summit will be even more important than Paris?

Paris – also known as COP21 – was big, it was a huge milestone in the world’s effort to launch a global response to climate change. But it was also very high level, focused on the broader strategies.

The Paris Agreement was a major tipping point, but it does not specify how exactly we’re going to keep the rise of temperatures “well below” two degrees Celsius, as the legal text requires.

Deal on The Details

This is where Marrakesh comes in. Representatives from the 197 countries that were part of the deal in Paris are already working behind the scenes to come up with implementation plans.

In November – hosted by Morocco’s environment minister Hakima El Haite – their political masters will meet at the 22nd climate change summit, COP22, to agree on the details.

Marrakesh will be the nitty gritty compared to the Paris summit. It may initially not attract as much high-level political interest, and celebrities might not be as active.

But make no mistake: for climate action, it will be much more important.

If Marrakesh is no success, the Paris Agreement may become the next Kyoto protocol. Kyoto was adopted almost 20 years ago and was considered a political success story. But despite formally achieving its targets, it has not been very effective in bringing down global greenhouse gas emissions.

To make the Paris Agreement a real-world success story we need more than a historic political agreement, we need practical climate action to “decouple GDP from GHG” – or economic growth from greenhouse gases – as UN climate chief Christiana Figurers put it during a lecture at Climate-KIC partner the Grantham Institute.

We need a wide range of breakthrough innovations to transform how we live, what we consume, and how we do business while creating new economic growth and jobs. We need to change the system, and we need to do it everywhere on the planet.

Here are four ways Marrakesh is going to help achieve that: