UN Climate Summit: What to Expect on Forests 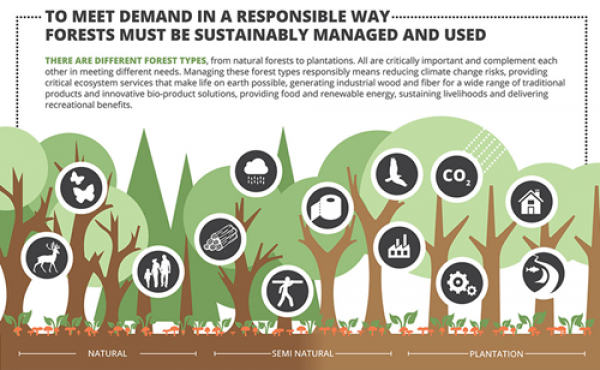 At the New York Climate Summit on 23 September, the United Nations is expecting clear commitments in the area of forest climate action.

Countries that are home to tropical forests have the opportunity to present priority actions on deforestation and forest restoration in their summit statements, including actions that are conditional on international support.

Developed countries can in turn outline their financial contributions to sustainably manage forests.

A new declaration - the New York Declaration of Forests - is expected to catalyze action from public and private sector as well as civil society organizations to combat deforestation and to ensure that new forests are planted.

The Declaration is likely to be accompanied by the announcement of a number of significant, concrete and tangible commitments to take action on forests by multilateral institutions, subnational jurisdictions, companies, financial institutions, and civil society organizations.

According to the Intergovernmental Panel on Climate Change (IPCC), action in the area of forests is essential to stay below the two-degree warming limit.

More than a million hectares of forests are still lost globally every year. The release of carbon dioxide through the burning and cutting of trees and other biomass is responsible for around 20% of global greenhouse gas emissions. Long-term commitments made in New York towards action taken after 2020, when a new universal climate change agreement is to take effect, can have a positive influence on raising immediate climate ambition.

Last year, governments completed the methodological guidance for REDD+, paving the way for its implementation.

Raising immediate climate ambition has been one key focus of work under the UN Framework Convention on Climate Change this year through so-called Technical Expert Meetings held in 2014, also through action on forests.

For example, at a meeting in Bonn in June, China and Brazil presented what they are doing in this field.

China said it had committed to increase its forest cover by 2020, and had already achieved more than half of this. China also plans to integrate forest carbon into its national pilot emissions trading scheme.

Brazil, home to the largest part of the Amazon rainforest, said it had achieved a decrease in deforestation during recent years, and would be able to do more with international support.